American Prepper Blogs: Who is a Survivalist? Board Question

Earthquake Building Design: A Product that I Have Found

What to Make out of Paracord. Wrap this Para Belt Around You

Who is a survivalist board question

You know what is funny?  As people I know learn about my website The Clever Survivalist Blog Survival Guide, they have turned to making smart remarks about it.  Oh no, you aren’t one of those preppers now are you?  Are you going to hoard guns, gold and food?  If I wanted to build my bunker, how thick should I build my walls?

If any of you have the tendency to prepare for emergency scenarios, be it a passion, obsession, or simply a hobby, you have probably heard some of these comments or questions asked with sarcasm or smirking.  Well, little do they know it, but I can bet that they are preppers too!

I look around the American prepper blogs and see questions about what or who is a survivalist. Board questions of this nature don’t have good answers.  I hope to answer this.

I don’t know how many times I have heard some news article, insurance organization, or emergency response group tell people to have a roadside emergency kit that has many items in it that would look like a horrible bug out bag with just a few items thrown in that would be in the bug out vehicle list.  I am not attacking the list, but just stating that everyone is still prepping but the real question is, “To what degree?”

If a news source or magazine of reporters says that people should be ready, they take it for great advice to be followed by the mainstream.  But if a Survivalist says the same stuff, well… no one really has to listen because he’s just a crazy prepper, right?  Maybe, people should listen to those in the field of survival instead of those in the field of journalism.  Now, me being a blogger, I am in both, but you understand what I mean.

Take for instance the Family Handyman Magazine article that is talking about blackouts and how to survive it.  Now I agree that a lot of the information in that article was good, but doesn’t it reflect my posts about how to survive a storm or even going into my posts about generators?  And, what do you know, I posted about inverters and using your car for power, which is on their list to a smaller degree.

I know lots of people in the survival community think about earthquakes as well.  Kinda crazy prepper stuff huh?  Well, not according to an ABC News Video about it. They seem to think it is a good idea to survive earthquakes.  And according to the worlds most liberal news NBC it seems to be not a “matter of if, but when.”  So why not be prepared, and why not take advice from people that research the stuff (even though most of us claim to be strictly for entertainment, and are not what you would consider “professionals.”) 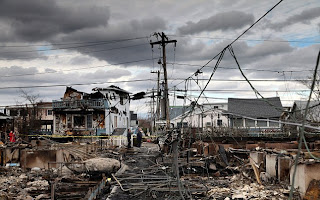 ABC news provides very limited FEMA suggestions on how to survive a tornado.  Nomatter how limited, it is STILL survival tips.

CBS News states that the OBAMA Administration is prepping people on how to deal with nuclear bomb effects with a source interview from “Martin Hellman, professor emeritus of electrical engineering at Stanford and co-inventor of public key cryptography” and he goes on to say that our children have a 50-50% chance of nuclear attack?!  The Department of Homeland Security publishes a guide, “Nuclear Detonation Preparedness: Communicating in the Immediate Aftermath,”  and I am the prepper (although I do not deny).

More NBC News telling us how to escape from auto emergencies where they talk about keeping car preps and even a spring punch to break the glass just in case the car goes into the lake.  Look at a few of the items listed to be in the automobile and tell me it doesn’t look familiar (though smaller scaled):

“a small first-aid kit with supplies that stop severe bleeding, water, granola bars, a flashlight with extra batteries and a good Swiss Army-type pocket knife. Because of space limitations, you may have to stow the items in separate locations. But they need to be easily accessible to the driver and front seat passenger, they won’t do you any good if they are in the trunk.”

How does my blog differ?  I am a wilderness survivalist by hobby and it naturally progressed into more urban and permaculture based areas.  I ended up in the same place as a lot of the survivalist community, but there was a natural progression from a field that all of the “Nay-Sayers” find typically respectable.

I will continue to tell people how I am preparing, or will prepare, for different situations.  I will share what I am doing, or have researched, for higher self sustainability and self reliance.

Check out most of these publications I have listed, because they have some pretty good info, but know that you are not being ridiculous, just because you are a little more prepared than the rest. Don’t make fun of the Prepper